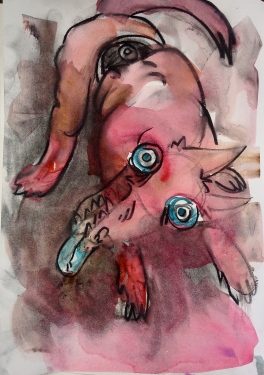 Mad dog is a character I thought up during an anxiety attack in math class and it stuck with me through the following days after. I looked at Picasso’s series “Child Drawings” and nutted these three out in a trance lasting a little over an hour. Rolling mad dog around in my mind as a personality, it turned into a happy pup with floating, dismembered limbs. 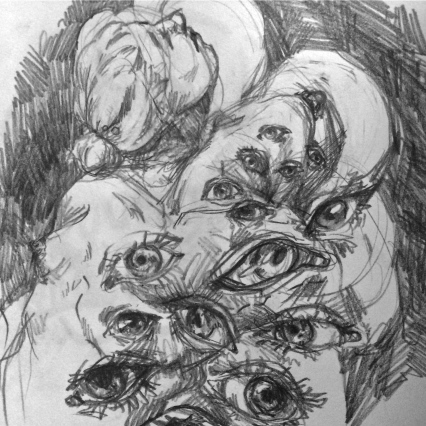 Banquet follows the psychology of paranoia, how it is internal and consumes. Clairvoyance is the psychological idea of awareness, seeing the external world and growing from it. 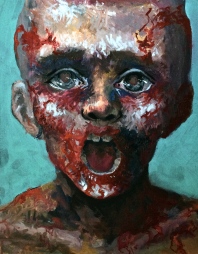 Last summer, the first after I learned how to use oil paint, I did a bunch of small portraits using one brush (RIP fave brush of 2014). There isn’t a cohesive concept behind them, or any idea for the most part, I was experimenting with color, the paint itself, and style. I was coasting on my solid grip of facial proportions.

About Rei: They are a small non-binary kid who attends LA arts high school. Currently really interested in cats, the paranormal, and psychopathology. If found, please return to hell.

There was an error retrieving images from Instagram. An attempt will be remade in a few minutes.